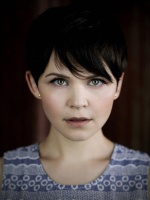 Joan Watson had just met Sherlock Holmes a few weeks ago. She was in the process of moving out of her small flat and into 221B Baker street. Currently, she was on the tube to go into London to get some coffee and work on her blog. She sat on the tube idly writing notes on her phone until a man bumped into her. She glanced up at the man who bumped her knee but then presided to sit next to her.
Consulting Criminal

Jim hated the tube of all places, but he had no other choice. Acting normal meant doing normal things like an everyday person, much to the criminal's distaste. He had just finished up another shift at St. Bart's, and even that was enough to drive him insane. Being friendly was not Jim's strong point, so his acting skills made up for it when playing the 'nice guy'.

The bad thing about London and the tube was that it was always very occupied and filled with too many people and tourists. Spotting a seat, he shoved past the horde towards it, causing grumbles and curses along the way. Not that he bothered to acknowledge it. It was the last thing he was concerned about.

Just as the tube began moving, however, he accidentally knocked into the young woman who sat next to the seat he took, but otherwise, he refused to apologise and ignored her gaze.

Joan sighed as the man made no move to say anything to her. She wasn't in the mood to deal with people like this. "Really? I didn't no rudeness was common now."
Consulting Criminal

Jim heard the exaggerated sigh and smirked briefly to himself. What was it with some women getting worked up over such small things? She was clearly annoyed, which Jim was pleased about. Irritating people was a trait he was good at, unlike being the amiable type.

Deciding to glance towards her, he retorted, again rudely just for the sake of her pointing it out, "I hate to burst your bubble, darling, but the expectations you set for people are not always going to turn out the way you expect." The Irishman gave her a smarmy, mock friendly smile and turned in the opposite direction on his seat.

Joan rolled her eyes at the 'darling' bit but smiled mockingly at him, "People never turn out the way I expect...." She paused, "Case and point by your example here."
Consulting Criminal

Jim did not fail to miss the less than charming smile, and watched the dark haired woman out of the corner of his eye. She had some nerves to be talking like that to a man such as Jim Moriarty. Is she had any sense of who he was and/or what he did, she would not have thought twice about speaking back. He could have her dead in an instant if he so pleased.

"And you are calling me the rude one," he scoffed, pretending to be offended by her words. He had received worst, so this was nothing new. "When you decide to change your attitude, dear, I'll reconsider changing mine."