You are not connected. Please login or register
Go to page : 1, 2

Me and Becky aka Sherlock were talking the other night whilst I was at a night out that was dull and boring - we would like to run a Torchwood/Sherlock story..

Or we were thinking a TRF like event with the resurrection glove later on...any further ideas welcome...

Am so excited about this 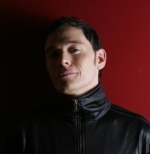 Here's an Owen if you need one. Too bad Jack's already taken, I simply LOVE that character. I even cosplay him. ^^
Anthea_MI6

Yay - need a few more now then we can start - any ideas most welcome...
OwenHarper

Well, I do hope we'll be playing Torchwood with the team intact, so with Ianto, Tosh, Jack, Owen and Gwen (perhaps even Rhys). As for story ideas... They have the Rift! There's nothing you can't come up with. ^^

How about there's a supernatural killer on the loose (either an alien or a human who's been altered by the Rift) and Sherlock's on the case of the mysterious murders when he crosses paths with Torchwood? Or perhaps Mycroft points him in their direction, since they're not really 'secret'.
Sherlock Holmes

Yeah, we should wait till we've got everyone on the Torchwood team. I've been searching out a few more potentials on Facebook. And Sherlock will need his John too of course.
Toshiko Sato

I like Owen's idea. I was thinking Sherlock is given a choice between working with people and finding out the truth of the killer, which his curiosity overrides. Also, on the other hand, Torchwood needs Sherlock because they can't figure out how to track him down. Mycroft could bring the two parties together. Moriarty could be involved with the aliens in a way too, just so he can gain power.
Sherlock Holmes

In the end Sherlock will always gravitate to the more interesting option so it's only natural that he would find working with Torchwood exciting!
OwenHarper

True. Though I can imagine Owen wanting to slap him upside the head at some point. No true reasoning, I just can envision it.
Anthea_MI6

Am so looking forward to this.. (will be playing Capt Jack for the first time ever so should be interesting - if doing Torchwood RP am normally Gwen or Martha )
OwenHarper

I only hope I can emulate Owen's sarcasm and scepticism accurately. Oh, and I'll be playing Owen alive, if that's okay.
CaptJHarkness

Does anyone know where we can find a Gwen??
Toshiko Sato

Don't we need an Ianto too?
Anthea_MI6

Yeah we definitely need Ianto..and of course a Gwen.. I am so bloody excited by this
Sherlock Holmes

I'll bump the ad on the FB Sherlock RP page. There was someone on there said she wanted to do Gwen but she hasn't signed up yet so will remind her!
Mycroft Holmes Esquire 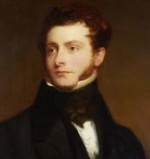 I adore playing Ianto and also Mycroft. If you are still looking for players let me know. Happy to create a Ianto account too, this is my Mycroft account. Only recently joined here, so my Intro is visible in that area.
Sherlock Holmes

Yeah, I don't know what happened to the other Torchwood players that signed up, but the idea never really got off the ground because we didn't have all the characters...

Sometimes it's simpler just to do a roleplay with two people so you don't have to wait for others...

I'd be happy to try something out anytime, love a bit of Torchlock!
Dr. John H. Watson

Dr. John H. Watson
Posts : 657
Join date : 2013-01-06
Location : London, the bloody stupid miserable...
Job : Army Doctor, formerly of the Fifth Northumberland Fusiliers
Hobbies : If you count wishing I was back in Afghanistan every second of my life as a hobby, then all right.

I would offer, but I've never seen Torchwood. My knowledge of the characters is limited to Doctor Who. But if you need one of the Sherlock characters, I could do it if you like.
Sherlock-Alexander-Holmes

I role play Ianto. So I am available. I am willing.
miss_saffy

My gosh, how did I just see this? If this idea is still rolling around, I'd happily take on whichever character needs doing

Sounds like this could be an interesting idea!
Sherlock Holmes

OK, maybe we should try and get this off the ground again now we've got a few willing players who are on here regularly.