Stranger: [Merman!lock] John slowly drifted along the current, letting the water lead him. He’d been wandering the seas ever since his
pod had been killed by a group of ruthless humans. John had managed to escape somehow, but with a large harpoon wound
on his shoulder. Today was one of those beautiful sunny days were the water was clear and filled with life. John glanced down at the sea bottom and swam down,
scanning the sand for any pretty shells or rocks to add to his necklaces, silently hoping he’d find a new, interesting human trinket to look at.
He gave up after a while and swam up to the surface, looking for something to do.
Peeking his head above the waters, he spotted some sunny rocks nearby.
Glancing around and not seeing a ship for miles, he decided he could rest for a while.
Pulling himself up onto the rocks and laying out on his back, he closed his eyes and relaxed into the warm stone.
You: ((So out of curiosity who would I portray?))
You: (So a human Sherlock falling for a John or??))
Stranger: [It's up to you really. I left it open for people to chose, though I do prefer Sherlock over Moriarty or such.]
You: [i hate being Moriarty... He's too much of a slut. I go for Sherlock so hold on.]
Stranger: [Ha, No problem, take your time.]
You: Sherlock, who was just passing by on his ship which only held him, he noticed a wonderful creature sitting on a rock. It seemed to be... Half human. But deducing a creature as magnificent as such should be a crime. The creature... Merman... That's what it's called. It was the handsomest creature he had ever layed his eyes on. Sherlock scratched his head before removing his shirt and jumps in the water. He swims up to the lounging creature and stares at it. "Hello. My names Sherlock. And you are?"
You: ((Please don't disconnect! I'm enjoying this!))
Stranger: [I won't 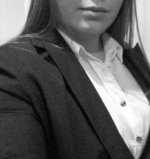 I think I may have lost a play with you last night! You played as John, I was Mer!Sherlock. If not, I'm sorry for disturbing you.
Sherlock-Alexander-Holmes