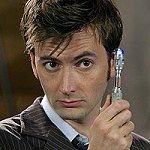 timjohn
Posts : 159
Join date : 2013-11-12
Location : The Present...
Job : Fixing The Past and Building The Future
Hobbies : Reading, Writing, SciFi, TV, I love science but was never much good at it but getting better all the Time

I am working on an idea that is in its infancy.

Sherlock does survive RF but only as a spirit who only, certain people, can see.

He is trying to earn his Angel stripes in order to get a return to Earth as a living being.

Naturally John can see him and occasionally Mrs Hudson (night-time after 6:00 p.m.) and perhaps Lestrade. He can also be seen, by (dogs, cats and other little furry animals most of the time) and he can be seen by  villains and Priests on the day of the month when he died. He is in a bit of a limbo but hasn't lost any of his deduction skills, snag is he can't tell John direct and has to find pretty crafty tricks to pass his info on to him. He can have normal conversations with John and can go to most places with him.

I will need very strong and experienced RPers in the main roles and anybody who needs to hone their skills in all of the other roles; which have to be strictly ACD or BBC new series.

I will probably play Sherlock or John as my friends on here have helped me to develop my RP skills and I feel a lot more confident...

Lets know who is out there and lets have a big cast... everyone is welcome, just PM me.
(Also suggest characters who may be part of the plot, come on there are lots of people on the forum who have not taken the plunge)

OH and many thanks to those who have tolerated me during my RPing evolution.

"There are no such thing as Heroes, John, but if there were they would be my teachers on this forum."

I´m new here...I´m looking for a place to start ... can your story be funny too? And maybe Molly can see Sherlock!

timjohn
Posts : 159
Join date : 2013-11-12
Location : The Present...
Job : Fixing The Past and Building The Future
Hobbies : Reading, Writing, SciFi, TV, I love science but was never much good at it but getting better all the Time

Hi Wolfiarty! I don't see why not, humour is a great idea, but there doesn't seem to be much interest in the idea.

I'm interested I just doubt my skills, but I think I could do a decent Molly
Wolfiarty

So lets just start this

I would like to be Jim... I don't know about you tim

OK I will play John - but we need a good strong Sherlock.

Perhaps we can wait a couple of days?