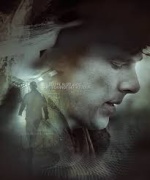 This was the first one I found tonight, so I just went with it.

You're now chatting with a random stranger. Say hi!
You both like Sherlock.

Stranger: ((Christmas sherlolly)) John was having yet another christmas party. Molly was one of six other people invited. She was sat down on the small couch, sipping wine as she watched people laugh and have conversations. She was zoned out so much that she didn't notice the consulting detective's weight as he sat down next to her, until he cleared his throat. "Oh, uh, hello, Sherlock."

You: "Molly. I see you are enjoying a nice cup of cider this evening," Sherlock said. He hated small talk, but John always went on and on about the benefits of social niceties.

Stranger: She smiled shyly. "O-oh, uh, yes. John made a nice selection." She mentally slapped herself. Jesus christ molly, why?

You: "Did he? I wouldn't know," Sherlock said dismissively eyeing the glass. "I don't drink. Is that a new lipstick you're wearing?" Mildly Sherlock wonders on his efficiency of the use of segues. He would have to ask John later.

Stranger: "Oh, yes, it is, actually. Thank you for noticing." She tucked a loose strand of hair behind her ear, and took another sip of the cider.

You: "It's a bit hard not to notice. Really, holly red is actually quite garish, and does nothing for your complexion," Sherlock says factually. She winces horribly at this, and he realises too late that he's gone and done it again. He really needed to gather more data on social interaction, because for all his genius, he couldn't manage this one area with ease like all the others. He clears his throat. "I mean. You're lips are already a decent shade of pink, so your use of lipstick is irrelevant, and actually works against the structure of your face."

Stranger: She blushes at the compliment, and smiles, shyly. "Oh, well, thanks. You look nice tonight."

You: "I...yes thank you," he says. He takes a moment to mull over the conversation. And promptly resists the urge to slap a hand over his eyes. Honestly, what was wrong with him? "This, what we're doing, is all wrong...can I start over?" he asks quietly, finally turning to look at her proper. The pinkening of her cheeks makes the freckle on her cheekbone stand out.

Stranger: She furrowed her eyebrows. When it came to sherlock, this was actually a really nice conversation. "Well, i-i thought we were doing fine, but, uh, if you feel the need to, then yes. We can."

You: He nods, and tries to think of other topics for them to discuss, but draws a blank. He decides that in this situation, John is wrong, and small talk is just an enormous waste of time regardless of tact. So he banished all other notions of banal drabble and went with what he really wanted to know. "How are you, Molly?" he asks finally.

Stranger: "I'm really good, thank you. How about you?" She smiled at him, softly. She leans back on the couch, taking a small sip of her drink
Stranger: .

You: "I'm...well," he says, and tries not to make it sound like a question. This was new for him: easy conversation. What was even more astonishing was the fact that it was easy for him to converse with her in the first place. "I hear you are thinking of transferring to Saint Rose Hospital. They need good pathologists, and it would be a wise decision."

Stranger: "O-oh, uh, thanks. It seems like a great opportunity for me. I-i'd miss you. I-i mean, i'd miss seeing you." God fucking damn it molly hooper.

You: Yes it would be a great opportunity. An astute career choice. He was about to say as much before the rest of what she said finally caught up with him. "You'd miss me? Why?" He tries not to sound as incredulous as he feels, and he's pretty sure he's failed. By all accounts he really was terrible to her on several occasions.

Stranger: "W-well, uh, i might as well just come out with it, eh?" She paused, blushing."I-i love you. I have ever since you stepped into my lab." She felt like she wanted to throw up, she was so nauseated.

You: Love? Molly Hooper loved him? Of all people this quiet, mousy, and utterly /gracious/ person would choose to love she picked him. It was...he blinks rapidly, his face heating. After all this time? Why didn't he see it sooner? Oh but there it was, clear as day. "You -- you love me? That's why you did...why you helped me when I came to you all those years ago," he trails off, the pieces coming together. "Mycroft never said why you refused payment for helping me the way you did. I had assumed..."

Stranger: She noticed his blush, and looked at her feet. "I-i'm sorry if...if you don't feel the same. I understand." She wanted to curl up into a ball and hide forever.

You: She makes to get to her feet, but Sherlock's hand grips hers, staying her. "I don't --- I'm not ---" he closes his eyes and clenches his jaw, frustrated at his inadequacy to express himself. "I'm not good at this..." he finally says, forcing himself to look into her wide brown eyes. "But I feel...something for you." He frowns, unsure of what to say next.

Stranger: She just stands there, wide eyed. "I-i, uh...wh-what?" Did he just say what she thought he said?

You: He pinches the bridge of his nose. "I hate repeating myself," he mutters, and levels a look at her. The evidence of a shy smile is hovering in the corners of her mouth. He figures actions speak louder at this junction, and before he can go over the mechanics, repercussions, or perameters, he leans in and presses a chaste kiss to her lips.

Stranger: She hesitates, before kissing back. Her thoughts are all over the place. Oh my god Mrs Hudson's watching. His lips are perfect. Why didn't i do this sooner, jesus.

You: Sherlock feels her slight hesitation, and how stiff she's become, her eyes darting around the room, and he thinks he's suddenly made a mistake. He pulls back, and furrows his brow. "Not...good?" he asks.

Stranger: She looks up at him, smiling softly. "N-no. Good. Really good." She pulls him in for another kiss, being more passionate. She hears john clapping in the background, others joining him
Stranger: .

You: Sherlock can't help but grin into the kiss. Kissing was boring in itself, but kissing Molly Hooper was...novel. More data was required. Before he can commence, however, he pulls back one more time. "You can't go to Saint Rose's, then. I need you here, you know."

Stranger: "I figured as such." She laughed, leaning her head in the crook of his neck. "D-do you want to get out of here? Go to my place?" Molly knew she was taking a big step, but was willing to take a risk.

You: Sherlock looks over at John and catches his wink. "Oh, God, yes," he rumbles, and pulls her out of the flat, her hand tucked snugly in his.