Molly Hooper gripped her cup of coffee tightly in her hands, but her hands still shook like crazy. She closed her eyes and cursed. She was held hostage a few days ago, in her lab. It was a horrible experience. A gun was held to her head, things her said to her. She cried, oh boy did she cry. She was scared and upset. Who wouldn't be, with a gun to their head? She was held in her lab for hours, until help finally came. Greg shot the man, in the head, while he was still holding her. His blood coated her.

Molly was used to blood, and gore, and dead bodies. She was a pathologist, things like that didn't bother her. But the memory kept playing over and over again. The way his blood dripped down her skin and clothes. She couldn't sleep at all. She hasn't slept at all either. She didn't want to close her eyes, she saw his face, heard his words.

Molly set the cup down in front of her. She was currently in her lab, staring at papers in front of her. "Fuck" She pushed herself away from her desk and held her hand. Having no sleep for two days was catching up with her. She walked over to the dead body and began to examine it. She hoped work would calm her down, but every sound she heard, made her jumpy and ready to run.
FinallyGinger 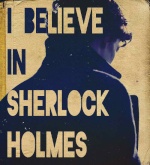 Sherlock weaved his way through the crowds of people milling about. He hated walking but the cabs seemed oblivious to him today. In his hand, hot against his skin was his phone. He kept glancing down at it every five seconds, waiting expectantly for a new text. Instead, he was met only with disappointment. Frowning, he typed out a text to Molly.

It had only been five days since her..unfortunate incident. He felt obliged to be 'friendly' towards her in any way possible. After all, it had been his fault in a way.
He'd let his heart get ahead of his brain and she'd been endangered in the process.
Caring is never an advantage.

((Sorry it took me so long!))
Dr.Molly Hooper

When her phone went off, she let out a squeak and jumped. 'Just your phone, Molly. Stop being silly' She told herself. She took her phone from her pocket, and smiled as she saw she had a message from Sherlock. Her favorite Consulting Detective. Well, the only Consulting Detective she knew. She read his text, and thought about it. Why was he asking this? It was her always asking him out for coffee. But what could it hurt? She quickly sent a text back.

She set her phone down, and stood. She paced in her lab. She needed to get out of the lab, to many memories. She hurried out of her lab, and took a deep breath, to calm her nerves. She walked a few feet, before leaning against the wall. She closed her eyes and looked at her hands. "When does the shaking stop?" She asked to herself out loud.
FinallyGinger

Sherlock practically sprinted down the hall of St.Bart's, his phone held out in front of him like a compass. He wasnt even trying to hide how eager he was to see Molly. There would be plenty of time to compose himself once he reached the morgue. Glancing up from the bright square that was his mobile's screen, he saw Molly just outside the lab. Sherlock skidded to a stop and willed his beating heart to slow down. He straightened his scarf and walked purposefully towards her, pocketing his phone.
"Molly"
Dr.Molly Hooper

She let out a squeak, as she heard his voice. She jumped and turned to face him, her face full of fear. Once she realized who he was, she relaxed and the fear went away. She forced herself to stop shaking, and went to him. "S-Sherlock." She said with a bright smile. She looked at him blue eyes, and felt herself shudder. His eyes were beautiful. "I'll go get you, your coffee" She was about to leave, when she stopped. "Thank you" She said softly, turning to face him. "I doubt you mean to. But I really need to be around someone, and you came...." She turned away from him, going to her office, which was connected to the lab, to get him some coffee. She went to the coffee pot and started it. Molly then leaned against the counter, holding her head.
FinallyGinger

From the second Sherlock heard her speak, he knew something was wrong. Quickly, he ran through a mental checklist in his head. Stuttering? Check. Shaking? Check. Jumpy? More than a little bit. Molly could potentially develop post traumatic stress disorder if she didnt pull herself together.
Molly left to get coffee leaving Sherlock standing in the hallway awkwardly. He knew she hadnt slept for days and that the lab spooked her. Without another thought, he followed her into her office.
She was holding her head when he found her, eyes screwed shut, top teeth embedded in her bottom lip.
"Molly, I didnt mean coffee here."
An internal voice screamed at him to stop before he started caring, but Sherlock knew that the damage was already done. He had to make the best of things, anyway he could.
Dr.Molly Hooper

When she heard his voice, she jumped again, spinning to face him. "Oh? Usually when you want coffee, you mean here." She tucked her hair behind her ear. "Where do you want to go?" She asked, tucking her hands into her lab coat. She looked into his eyes this time, she knew he was deducing her, reading her like a open book. She gulped and tried to hide the stress and lack of sleep that wore at her. "We can go to the small cafe down the street" Molly knew she had to get out of here, but going with Sherlock might be a good idea. He would be cruel to her, for being so weak and stupid for being held hostage. She never expected to being attacked. She worked in a morgue, no one came to the morgue unless they were dead or worked at the hospital, or Sherlock.
FinallyGinger

Sherlock gestured towards the door.
"The cafe then?" He spoke softly, knowing that if he spoke too loud she might flinch.
The woman was broken, her body shivering even though it wasnt cold.
Again, Sherlock's feelings betrayed him. In his chest, there was a tightness, a swelling, a sharp stabbing pain. Right, yes, my heart. He'd almost forgotten he had one. It wasnt exactly pity that he felt towards Molly. At this point it was more akin to a deep concern than anything else.
He held out his arm for her to take.
"Shall we?"
Dr.Molly Hooper

Molly quickly took his arm, and sent to his side. She walked with him to the cafe, ignoring the stares. She sat down at a table, and quickly let go of him. She turned her gaze to him. "Sherlock, why are you doing this?" She asked, she was visibly more relaxed, now that she was out of the lab. "I mean, you don't like me. You don't take me out"
FinallyGinger

Sherlock refused to look her in the eye, afraid he would betray his emotions. The cafe was relatively empty, but those who recognized him as the famous detective watched the pair warily. "You were attacked in the lab. I saw you were still panicking at the prospect of being there. I decided it was best to take you out of that environment."
Sherlock was deliberately avoiding a truthful, straight answer. He feared she'd be put in harm's way once more if he dared show how he felt towards her again.
Dr.Molly Hooper

"Oh. Well thank you Sherlock" She said nervously and she looked down at her hands. They weren't as shaking as much right now. That was a good thing. Molly looked at him, giving him a wary smile. "I'll get over it soon enough. I just need sleep, and some time away from the lab is all." She looked at the table. "I'm not strong like you. I mean, you've had guns pointed at you and you don't react."
FinallyGinger

Sherlock smiled. It was ghost smile, playing across his lips.
Having guns pointed at him didn't bother him. It was when they were pointed at the people he loved - that's when he reacted.

The barista at the counter called out their names. He stood up and straightened his scarf, "I'll get it,"

Molly might not have been shaking anymore, but Sherlock certainly was. Being around Molly always set him on edge as of late. He was afraid he'd do something socially unacceptable and embarrass her. He was always doing things like that anyway, so it was more than likely that he would again.
He took the coffee cups from where they sat on the counter top and walked back to the table.

((I'm not sure how cafes work in Britain, so I just made it like how Starbuck's operates. Hope you don't mind!))
Dr.Molly Hooper

Molly watched him get up and get their drinks. She took the time to talk some sense into herself. She closed her eyes. "Molly Hooper, you are a full grown woman, stop being a whiny child. Get over it. You are alive and safe, not everyone is a lucky as you" She opened her eyes and saw Sherlock coming back. A blush formed over her face, and she tucked her hair behind her ear. "If I wasn't such wimp, I could've protected myself." She said with a smile. "I can barely throw a punch right" She was trying to lighten the mood for them. She placed her hands on the table. "How do you do it Sherlock? Not let anything get to you?"
FinallyGinger

Sherlock handed one of the cups to her and sat down.
Frowning he replied, "Firstly, you're not a 'wimp', secondly,"
He took a drink of his coffee. It stung his tongue a little, but it was bitter and dark with a hint of sugar - just how he liked it. Looking up, he noticed she was blushing. Blood flowing to her face as a result of - He stopped himself thinking and set his coffee down to finish his sentence.
"Secondly, how do you know that I don't let things 'get to me', hmm?" He quirked an eyebrow.
Dr.Molly Hooper

"I don't know. But I watch you....That sounds creepy. I observe you, I guess you can say. You always have the cold expression or a cruel smile." She took a sip off her coffee. It was hot with a hint of cream and sugar. She looked down at her coffee, avoiding his eyes. "I am so wimp. I could've done something, besides stand there with a gun to my head. I had a scapel and other forms of weapons in my reach..."
FinallyGinger

"Stop talking," Sherlock muttered, "About that."
Molly was getting herself worked up for nothing. It was over and done with. Her bemoaning her weakness was setting his nerves on edge. It was the same irritation he got when John called himself useless or Mycroft called himself fat - yes, even his horrid brother. He cared about people more than anyone could ever imagine. Sherlock kept it bottled up to save his skin and everyone else's, but he really and truly did care. Caring, however, was a true weakness. And that was why it was never apparent to anyone but himself.
"It doesn't matter what you could have done. It's over now."
Sponsored content