Hi I'm Jack! I'm 18 and a dude. I've been in the Sherlock fandom since 2012 and I'm just now resurfacing my desire to roleplay so I wanted to be somewhere where roleplay is more reliable (it's hard to find partners on Omegle). Also my name is ironic I was going to use my normal brand name (cutiecannibal) but I felt I should embrace my inner Sherlock fanboy.

Do's - I do like AU's like teen!lock, teacher!lock, poke!lock, pirate!lock, and probably just about any au. I love long roleplays. I like nsfw roleplays but not just PWP, I'd like the rp to have a decent plot premise and then slowly add romance to it. (If the rp starts out with nsfw and then branches off that then that's fine!) Also I'm really big intro torture and blood and gore so if you ever want to approach me with something like that I am 100% ready. I like silly roleplays too if you want to do an ooc rp then I'm 100% up for that too.

Don't - I'm pretty lax on most things but these are just some things I won't rp. I don't do any sort of ageplay or incest (holmescest). I don't like to do M/F or F/F. I hate Irene Adler (just an fyi). I won't do anything that involves stuff like pee/puke/poop that's just...gross. This list might me updated I'm just trying to provide a good outline of what I like and don't for this.

This may be updated I'm trying to write this super quick while waiting for my next class so...

Hope to have an awesome time roleplaying with everyone!! 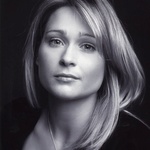 Re: Heyo here's my introduction

Question, are you strictly a player of John? Or are there other muses that you like to write.

Edit: Realizing I jumped to a conclusion with the photo you chose. You could like playing Sherlock 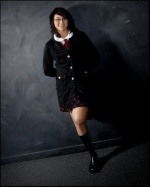 Awesome. Nice to meet you! Please message me if you have prompts or want to work out some ideas or read some prompts. I have several I'd love to start!!!!
Sponsored content

Re: Heyo here's my introduction