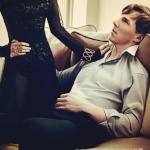 So I was watching The Avengers again last night with one of my friends and we were talking about which superhero would be what Sherlock character, here are a few we thought of:

So let me know if anyone would be interested in pursuing this role play!! Or if you think of any better/more character suggestions.(:
The Consulting Detective

I am actually WRITING an Avengerslock story in which I ship Lokirene (seriously, I ship EVERYTHING with Irene ^^). I have found my OTP <3
iamsherlocked

I'd love to read it when it's finished!

^^ it is... can you imagine? *is lost in her imaginative world* Loki and Irene.... whoa.
iamsherlocked

Indeed, and imagine I shall. I'm not usually a fan of heterosexual couples but I think they'd be something else together

I haven't seen it yet...I'm actually quite confused as to what it's all about...I had no idea those characters appeared in the same story together, lol....but then I'm not really a comic books person.

I do LOVE the Iron Man movies with Robert Downey Jr though...is he in the Avengers movie as Iron Man or is it someone else?
J Watson@221B

He is in the movie as Iron Man, if they would have cast someone else I would consider it a flop. lol Yeah Marvel, like most American comic book producers, enjoy making superhero woulds collide. The Avengers come in two forms (debate can be made for more)The Original being the superheros seen in the movie: Iron Man, Captain America, Black Widow, Thor, Hawkeye, and The Hulk. Some additions in the New Avengers are Wolverine, Spider-man, Mrs. Marvel, etc. Comic book universes are super confusing, no ones ever really dead.
W. Sherlock Holmes 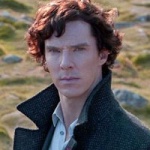 Alright! If you have any ideas let me know!!(:
BehindtheCurtain

haha nooo I think Moriarty would be Loki...they seem to have a lot in common ;]
Sponsored content