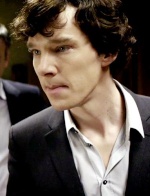 You're now chatting with a random stranger. Say hi!
Question to discuss:
Tumblr is being disobedient

You have disconnected.
John Hamish Watson

One of the Best role plays I've ever had on omegle! ^^
TheBlogger

Best one I have read in ages - well done :-D
Sherlock Holmess